A TV ANTIQUE expert has turned his attention to a derelict Abergele site.

Salvage Hunter and Colwyn Bay upholsterer Craig Hughes is appealing to residents of Abergele and surrounding areas for any information on the history of the former Tuberculosis Sanatorium on Plas Uchaf.

The site, which is near the current Abergele hospital, still has some original features amongst the ruins of the old hospital, which Craig and his wife Nikki Hughes hope to incorporate into a new structure resembling the original.

Craig said: "The place is steeped with history but we are struggling to find any information about parts of the site.

"I know the old TB Sanatorium was bought by the South Manchester Guardians in 1912 and later taken over by the Manchester Corporation. The purchase was made for the children of Manchester who had TB.

"The new hospital was built in 1933, because Plas Uchaf was getting too small and they began using it for adult males only.

"It's a bit vague after that, the last thing I've seen was in 1980 it was already looking derelict then, I think it started to fall into disrepair in the 1960s.

"What we're after is anyone with any information on the history to help us find out more about this incredible site."

Alongside restoration of the potentially historic ally important site, Craig and Nikki are hoping to give Plas Uchaf a new lease of life.

They have had plans drawn up using the existing footprint with the intention of using the building as traditional workshops including some small rooms so that people can travel, stay over and have a taste of learning traditional trades.

Craig, who is currently filming the fourth series of Salvage Hunters: The Restorers, added: "I am is keen to pass my upholstery skills on, and was hoping to include a blacksmiths, a cabinet maker and possibly a wheelwright into the workshops.

"We're also hoping we could have days where they could have local schools bring the children to see how it is done."

The pair also plan to reinstate the stone walls and walled gardens to create an area where people can visit and look at artefacts found at the site. The finds include bottles, pottery, children’s toys and even an old wheel chair frame.

Anyone with any information is urged to contact Craig and Nikki via the 'Craig Hughes Upholstery' Facebook page. 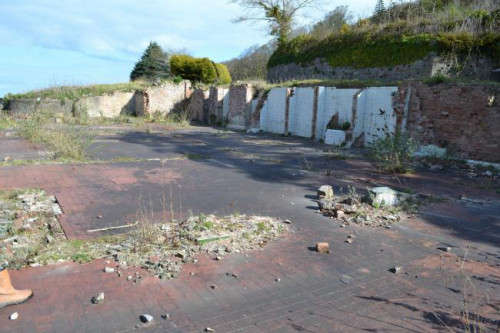 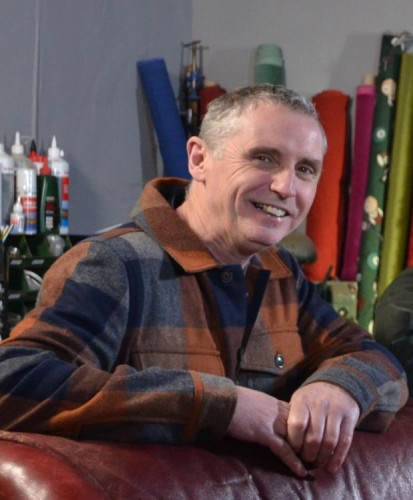