The upholsterer, who stars in Salvage Hunters: The Restorers, cut the ribbon in August for shop Vintage Barn in August.

Ady Parry and Shelly Currell have been in business for about four years dealing in antiques, but due to Covid-19, the owners have downsized and moved from Old Colwyn to Colwyn Bay.

Nikki Hughes, Craig’s wife, said: “We are all for supporting local businesses and felt it was the least we could do as so many small businesses have gone under recently. It just happens to be an antique business but we would have done it for any business.”

"It is more important during this time that we support the local businesses. They had a massive big unit and now they have downsized. They are hoping they get the footfall in Colwyn Bay.

“Craig cut the ribbon and did a bit of mingling.”

In April, TV auctioneer Charles Hanson held an online auction from his garden shed for the NHS; £36,000 was raised.

Familiar faces from Salvage Hunters: The Restorers backed the cause and a day, learning from upholsterer Craig, was offered which made £520 towards the cause.

Nikki said: “Couple Amy and Mike [Burden] won. They are from Glasgow and are antique dealers.

“Amy does upholstery as a hobby and Mike won it and gave it to Amy as part of her 50th birthday present.

“When Mike told us about Amy’s 50th we decided she could bring a small chair to learn how to upholster.

“We also threw in taking them out in the evening as well as two nights accommodation at our new guest house located next door to the workshop.”

“Amy thought they were going to have a day watching Craig.

“We just thought wouldn’t it be nice if we can make it really special and so offered them a couple of nights free in our Airbnb; the guest house opened on Bank Holiday Monday and they were our first guests.

“They got an appointment with Drew [Pritchard] at the shop and we were filming on the Wednesday morning. We came in early and Craig came to help Amy finish her chair off.

“Amy got to see the film crew set up and had a chat with the camera man and we sent her away with a goody bag of wine and Craig Hughes upholstery mugs and signed card.”

Talking about the new Airbnb, Nikki added: “We want to have it for film crew, fans of the show and dealers.” 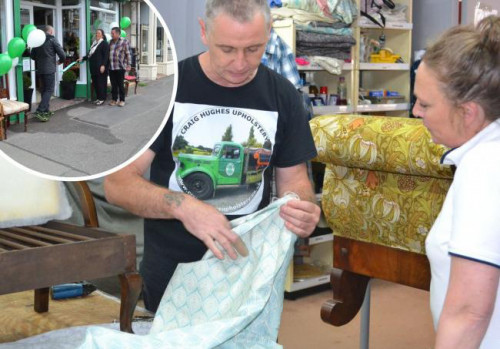 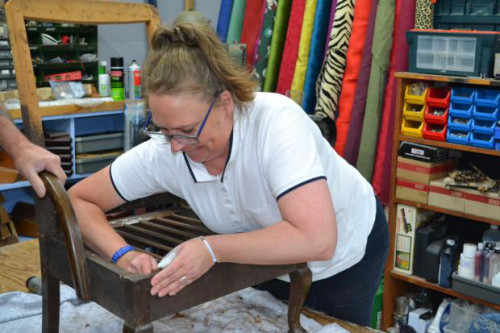 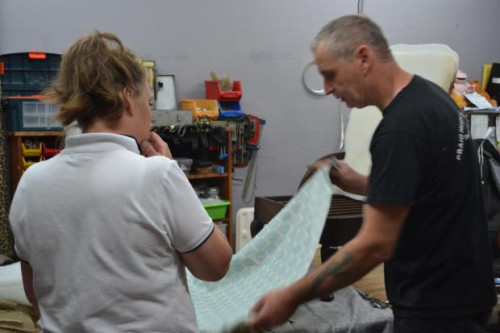