A TV ANTIQUE expert has found some spare time between filming to donate his services for free to a North Wales castle.

Craig is well known for appearing alongside Conwy Antique Dealer Drew Pritchard as one of the main restorers on Discovery Channel's Salvage Hunters - as well as its spin-off show Salvage Hunters: Classic Cars. He is currently filming the fourth series as a presenter in Salvage Hunters: The Restorers.

Craig, who is originally from Manchester and relocated to North Wales in 1998, said:"We are always happy to help with Gwrych Castle as both myself and Mrs Hughes are all for preserving Heritage."

Before and after Craig's expertise rejuvenates the pieces

The chairs in question are estimated by Craig to be about 150 years old, with chair of the castle's preservation trust Dr Mark Baker securing the three blue pieces from another heritage building, while the green chair is believed to belong to the castle and is an original from prestigious chair maker Maple & Co.

Craig added: "We have upholstered for Mark in the past as we upholstered a Drop Arm settee for Lady Emily's tower., so Mark asked us to take a look at them and restore them as closely as possible.

"The blue chairs are not mega expensive, and don't have a maker's mark - but they do have a lot of meaning for Mark - and the green chair was from an upmarket manufacturer who made pieces for the Royal family. We think it was bought for the castle."

While work on both t he blue and green chairs was extensive, and involved matching fabrics and braiding as closely as possible - as well as some French polishing - the Maple & Co piece was barely held together and required "a complete rebuild".

Craig, who has previously volunteered the services of his digger at the castle, said: "All it took was just a few days work and some materials for us.

"Given the amount of work that Mark has done for the castle, it's the least we can do. We're actually do this for free for Mark - but he doesn't know it yet."

Craig expects to return the chairs back to Gwrych Castle in the coming weeks, should lockdown restrictions allow it.

The third series of Salvage Hunters: The Restorers started on Thursday, July 2. Mr Hughes will appear in the show from Episode 2 onwards which is next Wed on Discovery's Quest at 9PM. 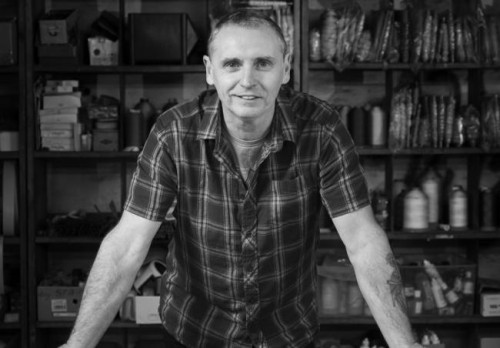