Upholsterer from Urmston makes thrones for ITV's I'm A Celebrity

A PAIR of thrones on I'm A Celebrity... Get Me Out Of Here! were made by an upholsterer from Urmston.

Craig Hughes, who was raised in Flixton and owned a workshop on Flixton Road between 1984 and 1998, was approached by ITV in as part of the preparation for the show, which started in November and ends on December 12.

Now in Colwyn Bay, up the road from I'm A Celeb's setting since 2020 of Gwrych Castle, Craig almost missed the approach from the producers.

He said: "We're extremely busy, anyway. We've unplugged the phone.
Unbeknownst to us, ITV were trying to ring us... But because the phone was unplugged, we didn't know."
eventually, an email made it to Craig, and he was able to talk to ITV about what was needed for the show.
The producers needed two chairs to be stripped and turned into thrones nd although not a regular watcher of I'm A Celeb, or any television at all, Craig was thrilled to be approached.

He said: "When you're dealing with someone like ITV, and a piece of my furniture is going to be on it, it's great."
"I like the fact people can look at what I've done," he added.

Craig is no stranger to the television, as a 'go to' for Drew Pritchard on Salvage Hunters for more than 10 years.
The show sees Pritchard travel the UK in search of items of interest, before taking them to his team of tradesmen and then selling them for a profit.

But modest, Craig is not sure ITV came to him for his fame.
He said: "I think it's because I was the closest.
"I don't know whether ITV knew who I was or not.
"It might be chance I was the nearest upholsterer.
"But I'm glad it came my way, really." 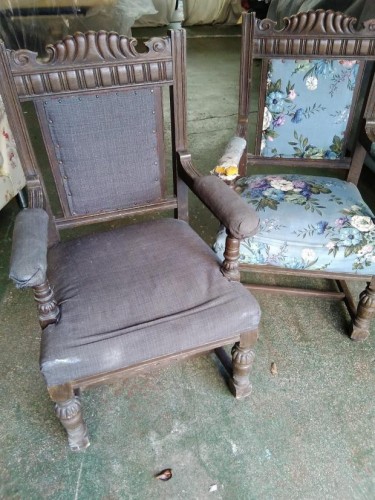 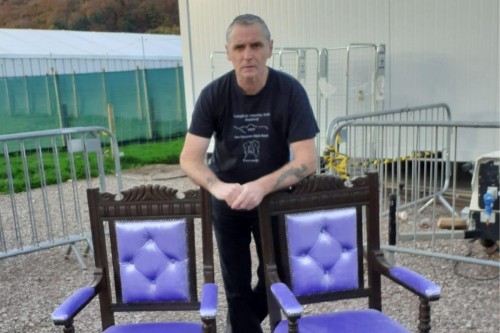